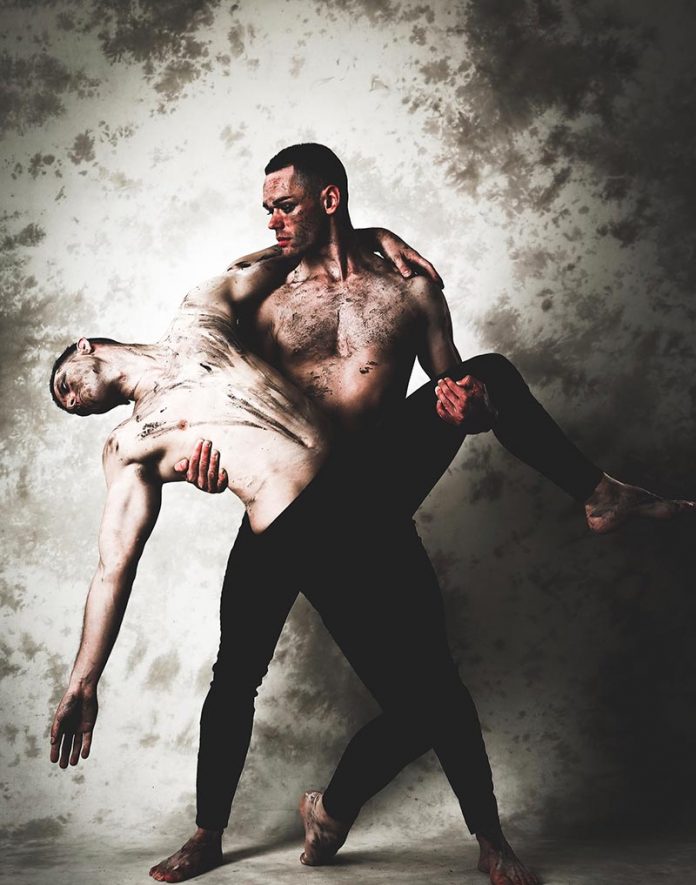 The diverse set comes to the Everyman Theatre on Saturday 18th May at 7.30pm and takes the audience on a spellbinding journey, with newly contemporary dance works by award-winning choreographer Rosie Kay, notable dance-maker Mathieu Geffre and ESD’s Artistic Director, Eliot Smith.

Rosie Kay’s solo work Artemis Clown, created on ESD’s Gemma Paganelli, explores the layers of performance that a female dancer has, stripping each layer away to reveal more and more authenticity.

The Triple Bill also includes one particular work which resonates to those serving in the Armed Forces, veterans and their families.

In collaboration with The Royal British Legion to commemorate the centenary of the First World War, Eliot Smith’s POPPY is an abstract look at the glorification of war and the sacrifices made by many.

Difficult as it is to imagine something truly poetic and beautiful emerging from war, the poppy represents remembrance and hope, as a sea of red poppies was the first sign of life to appear on the devastated battlefields of the Western Front.

POPPY is set to Sacrification, a specially commissioned score by American trombonist Jason Holcomb, whose live performance on and around the dance space results in a striking and emotive collaboration of art forms.

Tickets, which are £14 adults, £12 concession or £30 family, can be purchased at The Studio Photographers, High Street, Spennymoor, at the Theatre each Saturday from 10-11.30am or online by visiting the Theatre website.