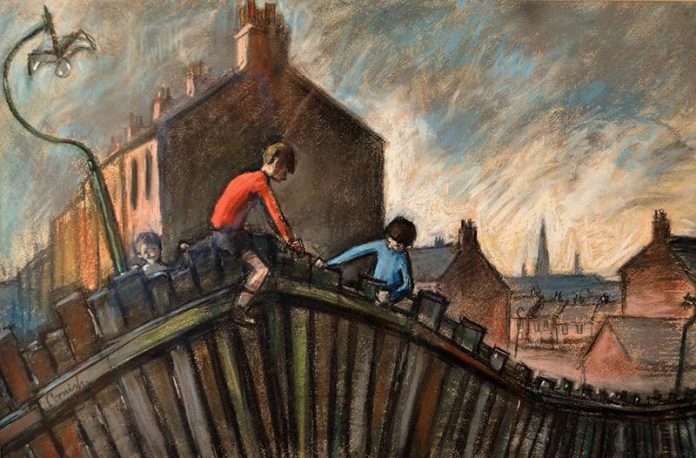 The County Durham mining community that provided a lifetime of inspiration for artist Norman Cornish, will sit at the heart of a special exhibition, commemorating his centenary year.

Perhaps one of the most celebrated artists of the north east, Norman Cornish lived all his life in Spennymoor. Now generations of the former mining town have come together to co-curate an exhibition of his work at the Mining Art Gallery, Bishop Auckland.

Titled, Norman Cornish – A Slice of Life, the exhibition is part of a county-wide celebration marking 100 years since the artist’s birth opened on Saturday, 6th April.

Describing his hometown, Norman Cornish said: “Spennymoor has all that a painter needs to depict humanity.” And for decades the streets, faces and landscapes that surrounded him were a constant source of inspiration.

The pit road he walked every day to work in the mines, children playing in the street and men leaning companionably at the bar all feature in his work. And whether in paint, pastel or his famous Flo-master pen, each scene is captured with the same compassion and warmth that characterised Norman’s popular renderings of everyday life.

Now, to celebrate this legacy, residents of Spennymoor have joined Norman’s children, John and Ann in choosing some of their favourite Norman Cornish artworks to be displayed at the Mining Art Gallery.

Angela Thomas, Curator at the gallery, which is part of The Auckland Project also worked with Spennymoor Settlement Sketching Club, Rosa Street Primary School and Tudhoe and Spennymoor Local History Society to select works to be part of the commemorative exhibition.

Their selections, whether bar settings, street scenes or familiar landscapes reveal that Norman’s carefully observed and lovingly created depictions of his hometown continue to resonate with the community living there today.

Rosa Street Primary School was a subject frequently sketched and painted by Norman.

Exploring his artworks, year three students now studying in the same building, recognised streets and landmarks in the town, despite them being painted decades ago. One artwork they selected, Boys on Fence, is an evergreen scene of children playing, one which young and old alike will find familiar.

Spennymoor Settlement Sketching Club was a central part of Norman Cornish’s life and his journey into art. He joined on his 15th birthday, just one year after starting work at Dean and Chapter Colliery and it was at the club where he developed his unique style and first exhibited work in an annual exhibition.

He remained loyal to his roots at the Sketching Club, continuing to exhibit there, whilst also showing work in galleries across the north of England, nationally and alongside artists such as Henry Moore and L.S Lowry.

Norman’s son, John and daughter, Ann, have chosen more personal works, portraits of them, their home life and childhood, lovingly captured and preserved forever by their father.

These artworks bring back memories of being instructed to “hold that pose” by Norman as he grabbed a pen and paper to take down a sketch.

Angela Thomas, Mining Art Curator at The Auckland Project said: “Norman Cornish is one of the most enduringly popular mining artists in the country and to celebrate his centenary we wanted to focus on his home town of Spennymoor.

“That is where it all began and where he found new inspiration every day.

“It has been fantastic to work with a range of generations and people from all across the community to explore how Norman’s legacy lives on in the town and what his artwork means to them.

“Their input has resulted in a very special exhibition which puts a new and refreshing perspective on one of the country’s best-known artists.”

The temporary exhibition sits alongside the Mining Art Gallery’s permanent collection featuring further work by Cornish, as well as other mining artists such as Tom McGuinness, Tom Lamb and Bob Olley.

The authorised biography of Norman Cornish, which has been out of print for a number of years, has been reprinted to commemorate the artist’s centenary year.

Copies of The Quintessential Cornish, written by Robert McManners OBE and Gillian Wales, will be on sale at the Mining Art Gallery to coincide with the exhibition, priced at £14.95.

The Mining Art Gallery is open 10am-4pm daily, tickets are £6 for adults, £4 for concession and £1 for under-16s. For more information, visit, aucklandproject.org/mining-art-gallery.

The exhibition is one of a number of exhibitions planned across County Durham in 2019 to mark the centenary. 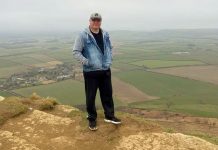