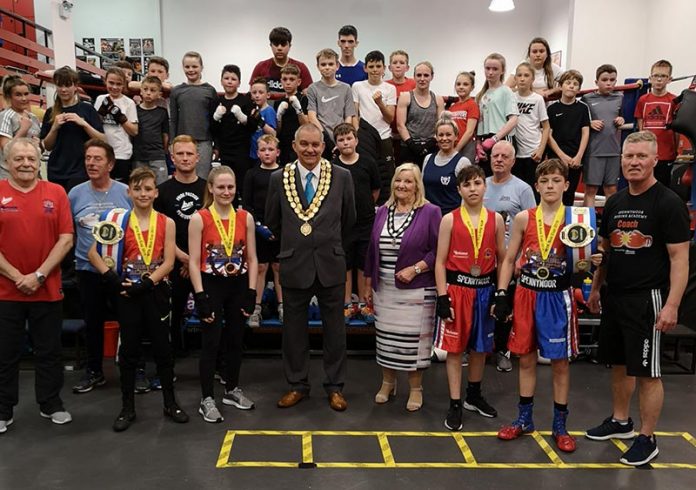 First up were Alex and Bradley who endured hard bouts in their semi finals, but both came away with the win to reach the finals the following day alongside Danny and Macy.

Alex was again first up on Sunday and boxed his way to the silver medal.

Next were Bradley and Danny who were both returning as defending champions.

Last to box was Macy Gallone, who is a national champion.

She was very quickly out of her corner and stopped her opponent in the first round.

Coach Vicki Hodgson said: “It was fantastic to have the mayor and his consort visit the the academy to congratulate our junior squad on their three golds and a silver.

“They will be returning in 2020 to defend their titles.

“All of the coaches are extremely proud of our boxers and their achievements in Penrith.”